Oh, wow… this has been on my draft for a very long time, but I’m now only going to actually write something down.

I’ve been promising this entry for a very long time. But better late than never, right?

Now, let me tell you about Michael, this week’s #SwoonySaturdate…

Michael Larsen is the male MC in The Kiss Quotient, which you might have heard of because it just came out early last month but have been receiving a lot of buzz from contemporary romance book dragons!

So here I am today to give you just a few more great reasons why you should read The Kiss Quotient and meet not only the lovely Stella, but also her equally lovely half-Vietnamese beau, Michael.

And since the author herself compared Michael to Daniel Henney, I’m sure none of you will have any problem about the visual aids I’ll be using for this lesson 😉 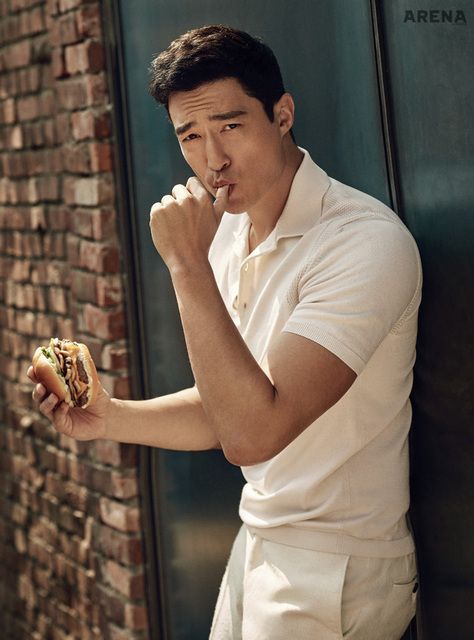 His taste flooded her senses. Butterflies exploded in her stomach and sped through her veins. Her legs went weak, but his arms tightened around her, keeping her from falling.

He sucked on her bottom lip and laved the sensitized skin before taking her mouth again. The room began spinning, and she realized she’d forgotten to breathe.

Coming for air, she said, “Oh my God, you taste good.” A dragon’s head, it’s mouth open in midroar, covered the entire left half of his wide, sculpted chest. The ink on his shoulder and arm formed one of the creature’s claws. The intricate scales of its body worked diagonally across his abs and disappeared inside his jeans.

But, why stop there, right? Well, now you can get creative.

I’m sure you’re sad, but this fun lesson has reached its end. But some lessons need to be reviewed over… and over… and over. I don’t think I can master this lesson at all.. can you?

Thank you! Or… should you thank me? 😉

So, give me your thoughts about Michael… I’ll give you a few ogling seconds before you have to answer!